“An Insight, An Idea with Malala Yousafzai“, by World Economic Forum, licensed under CC BY-NC-SA 2.0

Malala Yousafzai’s story is an incredible narration of a brave young girl who dared to stand up to defend girls’ rights against imprudent education laws. At the age of 17, she received the Nobel Peace Prize, becoming the youngest Laureate in history with an unstoppable influence in changing the story of millions of girls worldwide. However, the young Pakistani’s life took a whole new turn after surviving an assassination attack aged 15 for campaigning against a law that banned girls from receiving education in her rural hometown. Since then, Malala’s activism has become a global force that has empowered many young girls and women.

The young activist has taken centre stage in global conferences such as the United Nations summits to share her story, which resonates with many other girls worldwide. Since her activism, Malala has continued to speak bravely about education and women empowerment, sharing inspiring words at the slightest opportunity. Her resounding speeches often challenge her audience to do better with their positions and power in life. On that note, here’s a compilation of 25 Malala Yousafzai quotes on education and women empowerment to inspire you. 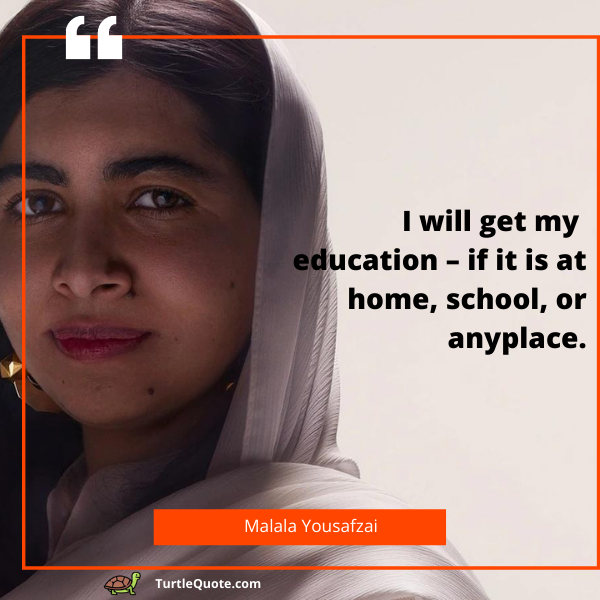 “I will get my education – if it is at home, school, or anyplace.” 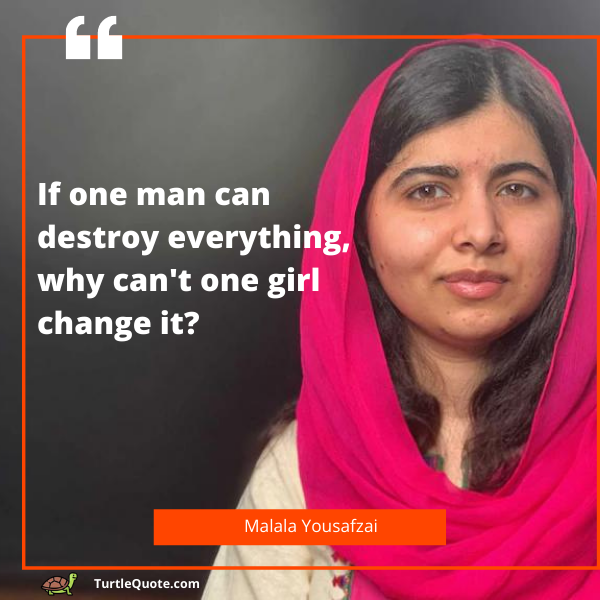 “If one man can destroy everything, why can’t one girl change it?” 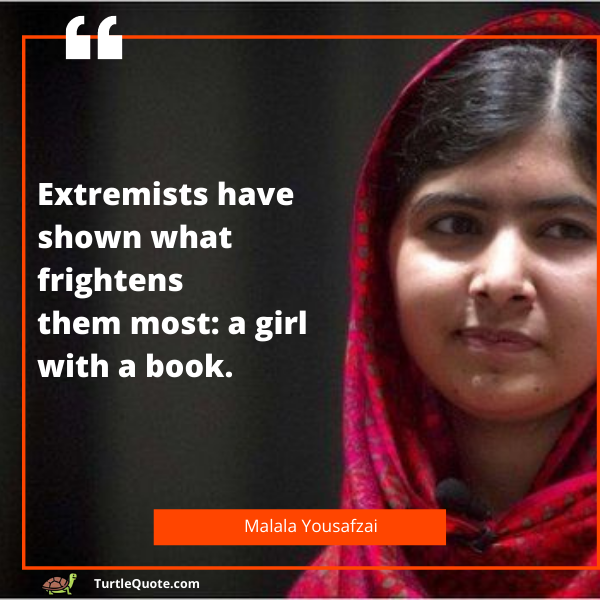 “Extremists have shown what frightens them most: a girl with a book.” 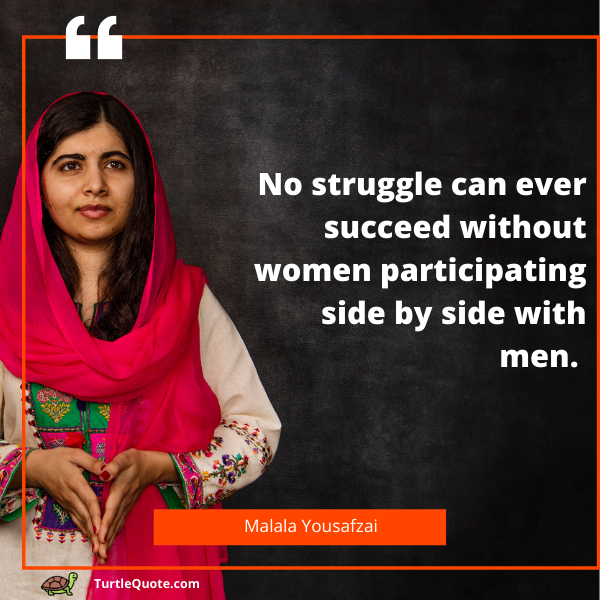 “No struggle can ever succeed without women participating side by side with men.” 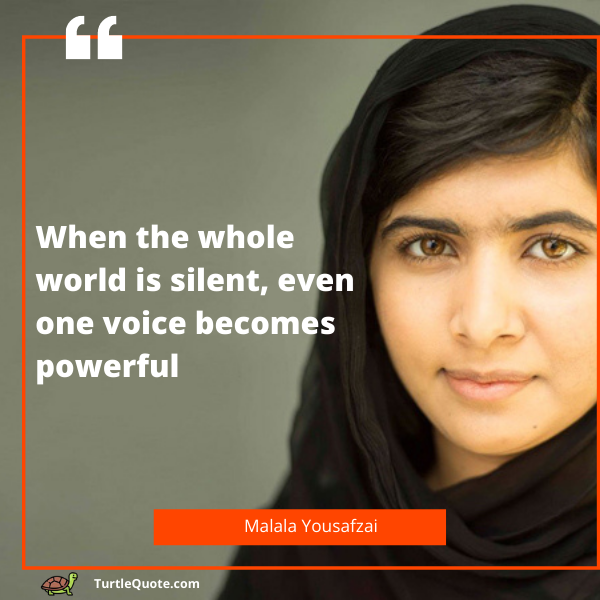 “When the whole world is silent, even one voice becomes powerful.”

Born on July 12th, 1997, Malala Yousafzai is the firstborn among her two siblings and the only girl.

Her father was a teacher, an education activist, and a big inspiration to Malala’s activism. He ran a girls’ school in Swat Valley, their hometown in Pakistan, but when the Taliban took control of the town, they banned girls from school.

In 2009, Malala began blogging about life under the Taliban for the BBC, hiding her identity under Gul Makai. However, the Taliban were not pleased with her activism, and she immediately became their target after her identity was revealed.

The assassination attempt on Malala in 2012 left her with a partially paralyzed face and deafness in the left ear.

Other than the gun wounds to her skull, neck, and shoulder, doctors in Peshawar fought to save Malala’s life from hospital-acquired infection and organ failure.

At 18 years old, Malala opened a school for Syrian refugee girls in Lebanon to empower girls through education. She also runs a non-profit organization called the Malala Fund for the same course.

Malala always wanted to be a doctor, but her life events inspired her to study Philosophy, Politics, and Economics at the University of Oxford.

She is now one of the most popular and influential citizens in Pakistan. Because of her courage, Pakistan passed the first Rights to Education Bill.

Malala Yousafzai is one of the most courageous girls in the modern generation.

Her story has inspired millions of girls and women worldwide to rise above the status quo and seek their own voice because they matter.
If you enjoyed reading these quotes from Malala Yousafzai, you’d be glad to discover that we have more powerful women empowerment quotes from inspiring women worth checking out.

50 Quotes To Help You Conquer The Monday Blues