50 Most Hilarious Michael Scott Quotes from The Office

“Steve Carell vino a divertirse a El Hormiguero” by “ElHormiguero” is licensed under CC BY-ND 2.0

Michael Scott is a fictional character played by Steve Carell in NBC’s popular TV show – The Office. Carell’s brilliant acting, coupled with the show’s intriguing plot, has won the hearts of millions of viewers across the globe. The popular series, featuring nine seasons and 201 episodes, has received 42 Primetime Emmy Awards nominations and won five. In 2019, The Office was named the most-watched show on streaming service Netflix, a true depiction of its global popularity.

Part of the reason behind The Office’s popularity is the fan-favorite character, Michael Scott. Carell does an excellent job with the role – he was named the funniest man in America by Life Magazine. That aside, he’s been nominated for multiple awards 125 times and won 27. So if you’re a fan of The Office, Turtle Quote brings you some of the best and funniest Michael Scott quotes to brighten up your day.

Michael Scott’s sense of humor and exemplary dramatization has been well captured in these quotes. 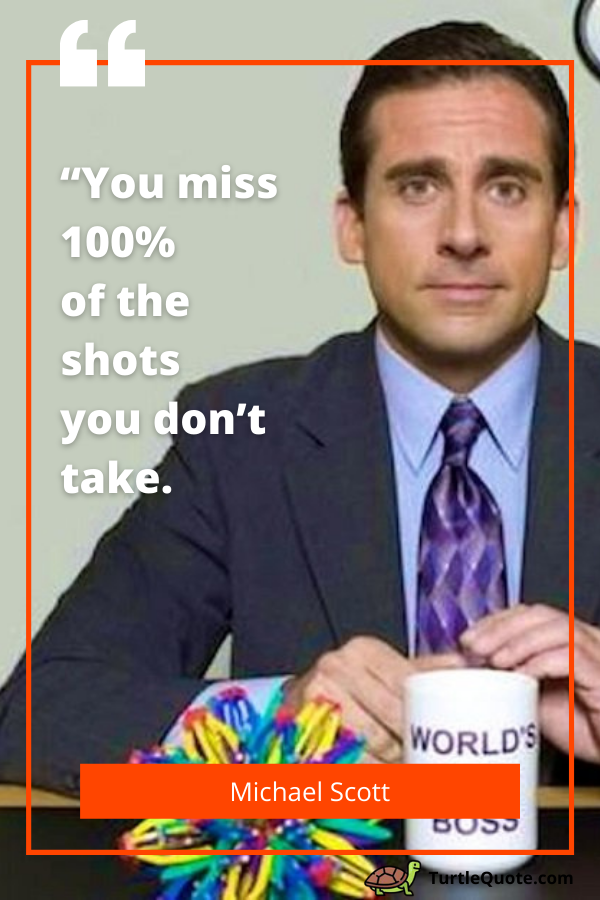 Michael Scott inspirational quotes are a mixture of humor, sarcasm and reality. Check out these great examples. 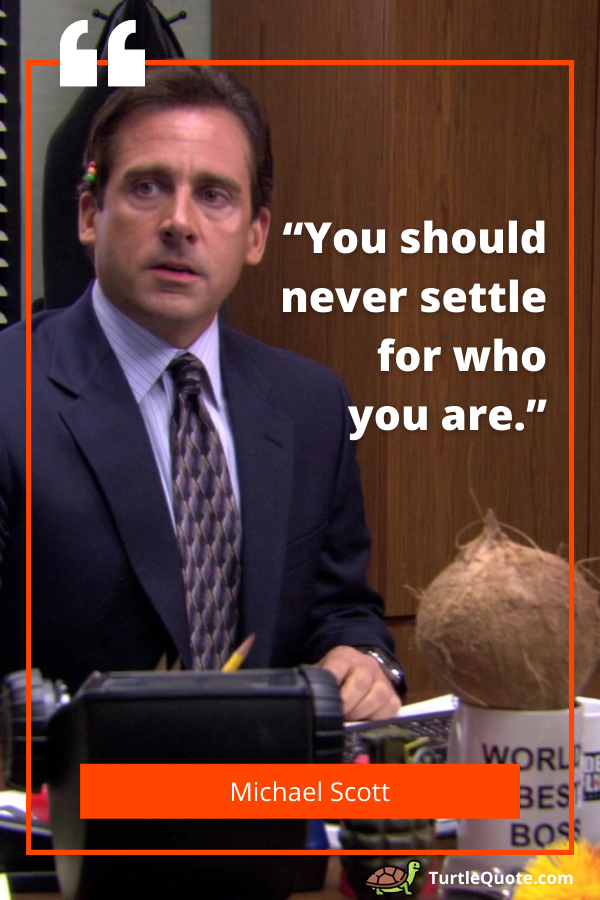 “You should never settle for who you are.” 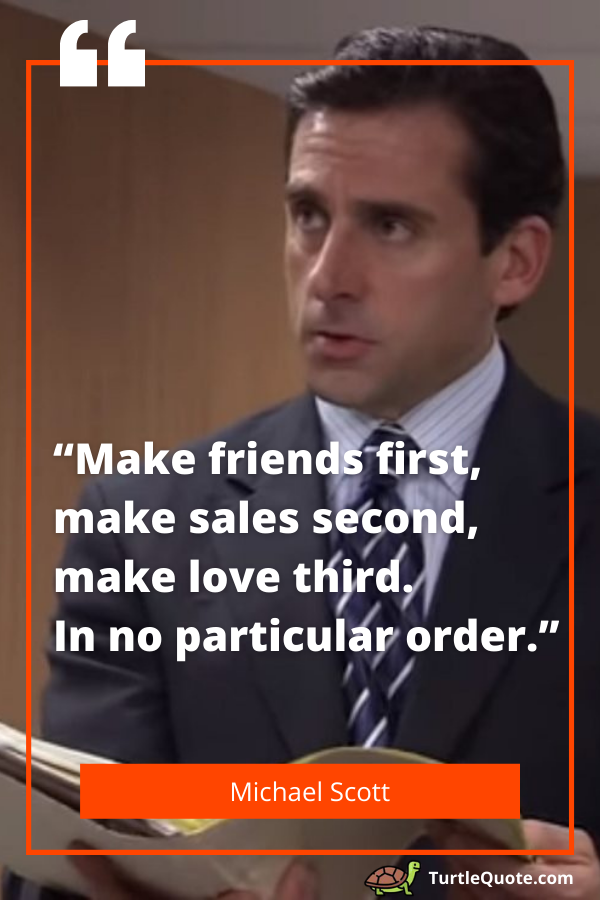 And now on to the best part of Michael Scott quotes…. 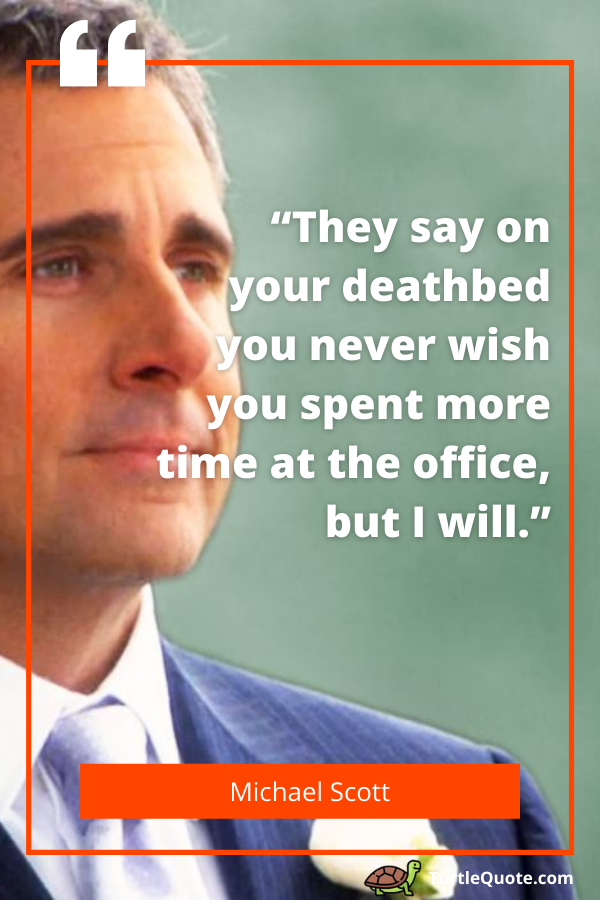 “They say on your deathbed you never wish you spent more time at the office, but I will.” 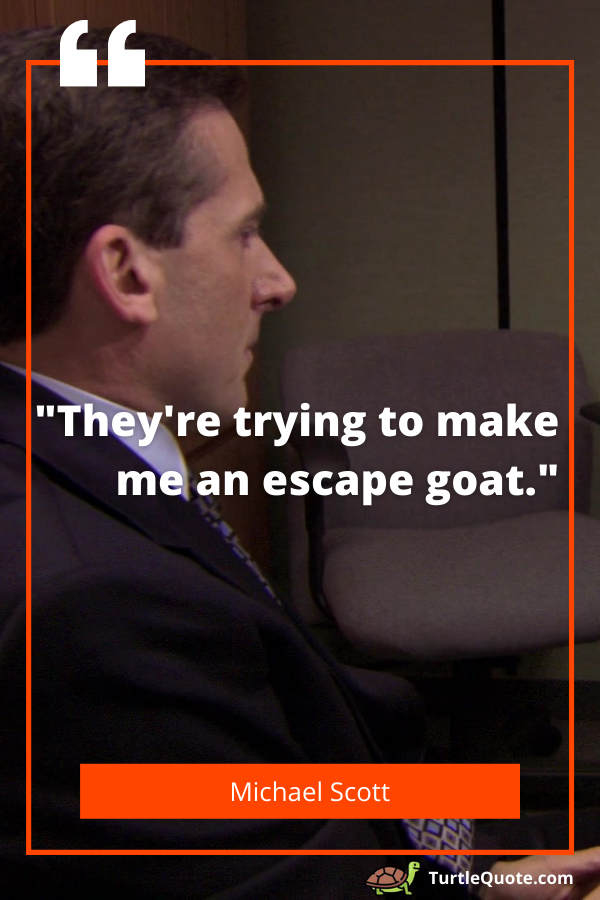 “They’re trying to make me an escape goat.”

50 Hilarious Sarcasm Quotes to Add Sass to Your Life

50 Dedication Quotes to Encourage You to Pursue Your Dreams