Born on October 16, 1854, Oscar Wilde was a respected Irish poet and playwright. He was particularly famous in the 19th century for his intriguing plays, novels, and poems. His work was loved by many from different corners of the world, especially in London, because of his unique style that dared to criticize the Victorian aristocracy. Amazingly, some Oscar Wilde quotes are still popular and relevant today.

Other than writing, Oscar had an eye for fashion – he always wore flamboyant outfits to match his personality. He was also known to be very witty. Turtle Quote honors his legacy with these 50 famous Oscar Wilde quotes about various aspects of life, such as art, love, and art. So, without further ado, here are some of the best quotes by Oscar Wilde.

Here’s a compilation of some of Oscar Wilde’s most famous quotes. 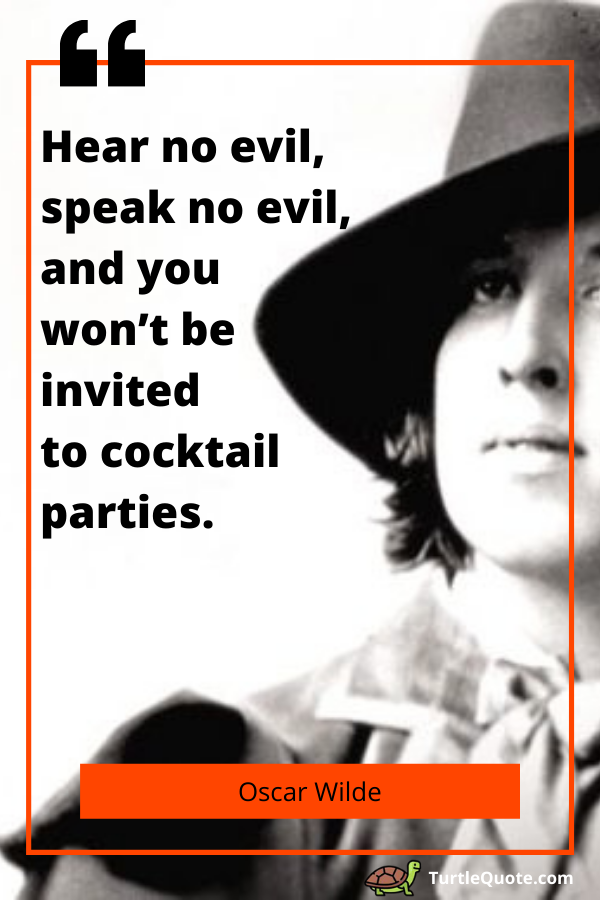 “Hear no evil, speak no evil, and you won’t be invited to cocktail parties.”

Most Oscar Wilde quotes on love had a deeper meaning. Here are some of the best. 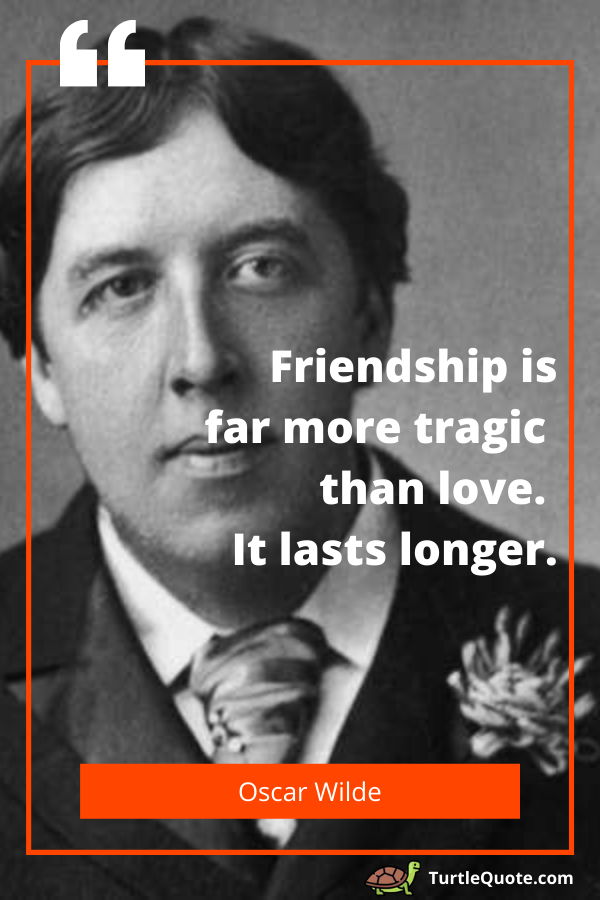 “Friendship is far more tragic than love. It lasts longer.” 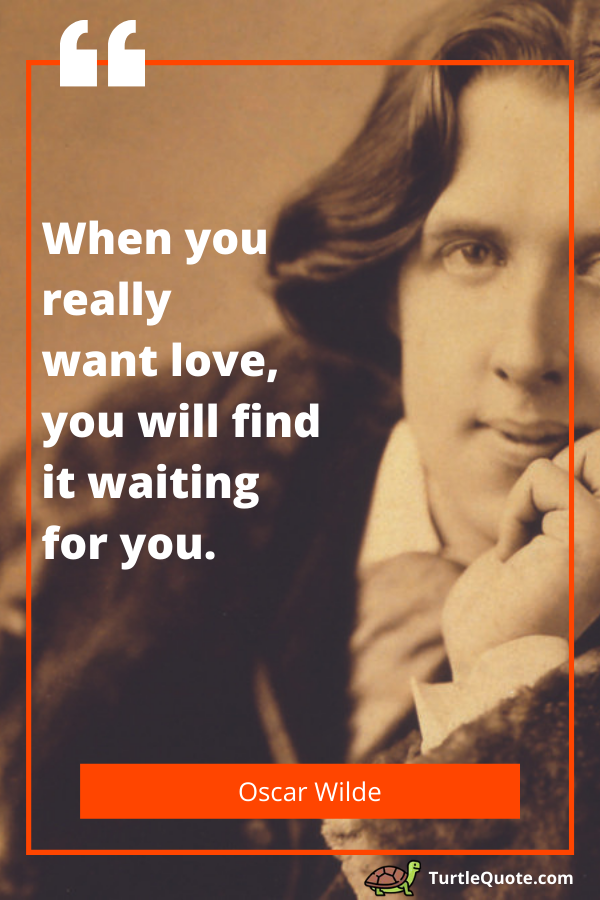 “When you really want love you will find it waiting for you.”

As an artist himself, Oscar Wilde quotes about art will give you a different perspective of art by introducing you to his artistic way of thinking. 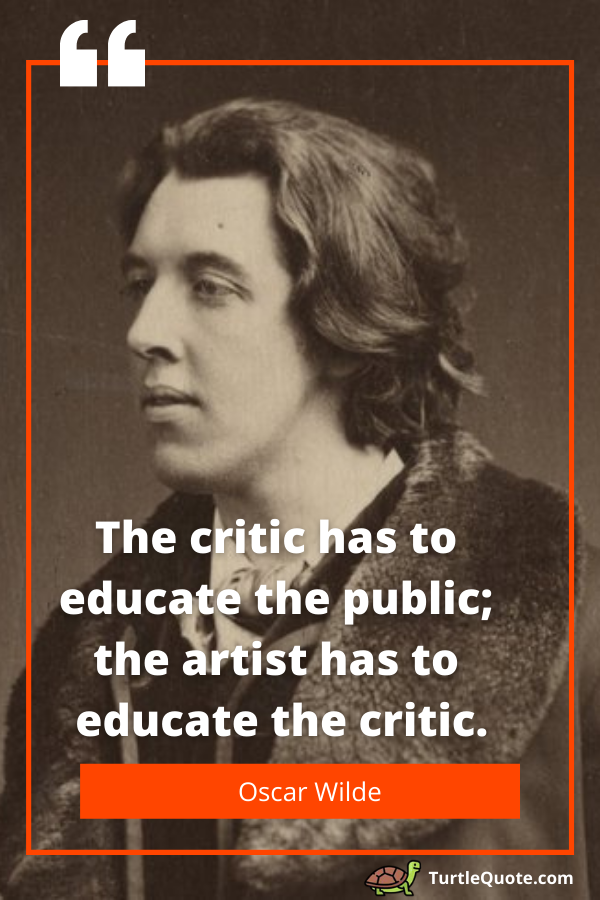 As mentioned earlier, Oscar Wilde also had a great sense of humor. Here are some funny Oscar Wilde quotes to make your day. 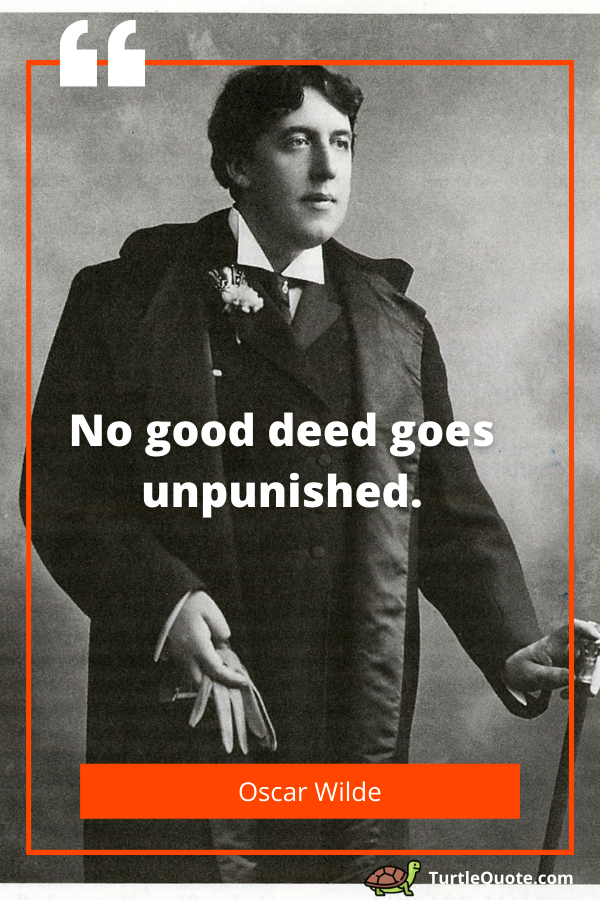 Oscar Wilde’s name is still popular today and his legacy very much alive. He died on November 30, 1900 in France, aged 46.
Even after death, he’s widely regarded as one of the most influential poets of his generation. If you loved reading these quotes by Oscar Wilde, here’s more from reggae legend Bob Marley.

50 Hilarious Sarcasm Quotes to Add Sass to Your Life