“Alan Watts painting” by nstaeck is licensed under CC BY-NC 2.0

Alan Watts died on November 16, 1973, leaving behind his words of wisdom that are still very relevant in today’s world. Alan Watts quotes provide a different perspective of life, death, and everything in between. The British author was also a philosopher, theologian, and speaker. He specifically drew attention from the Western world with his unique interpretations of Buddhism, Taoism, and Hinduism.

The highly educated and decorated philosopher was born in England in 1915 and moved to America in 1938, where he began Zen training in New York. He began his career as a priest in 1945 after completing his master’s degree in theology. Later on, he wrote over 25 books and articles about religion and philosophy, becoming the pioneer of the hippie counterculture in the 1960s. Here are some famous quotes by Allan Watts for a new perspective on life, love, death, and money.

Alan Watts quotes on life always had a deeper meaning. Here are some of his best. 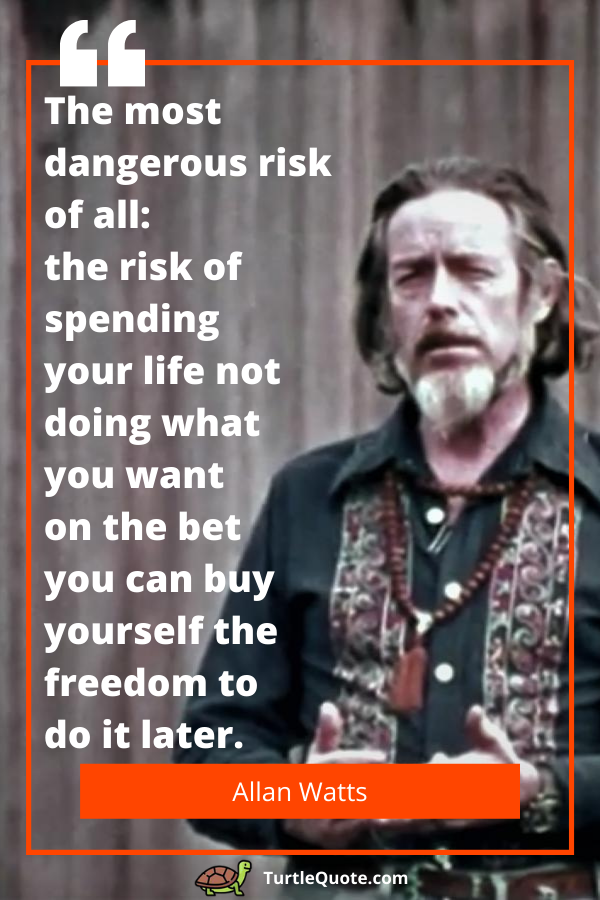 “The most dangerous risk of all: the risk of spending your life not doing what you want on the bet you can buy yourself the freedom to do it later.”

As demonstrated below, Alan Watts always offered some great advice for lovebirds, providing a totally different perspective on love. 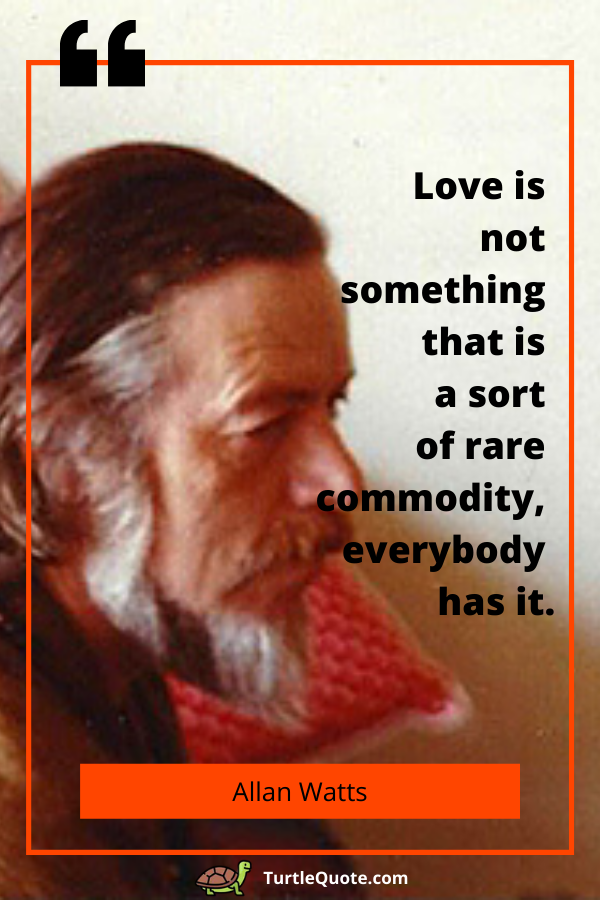 “Love is not something that is a sort of rare commodity, everybody has it.”

From Alan Watts perspective, death doesn’t mean the end of life. Here’s a collection of some of the best Alan Watts quotes on death. 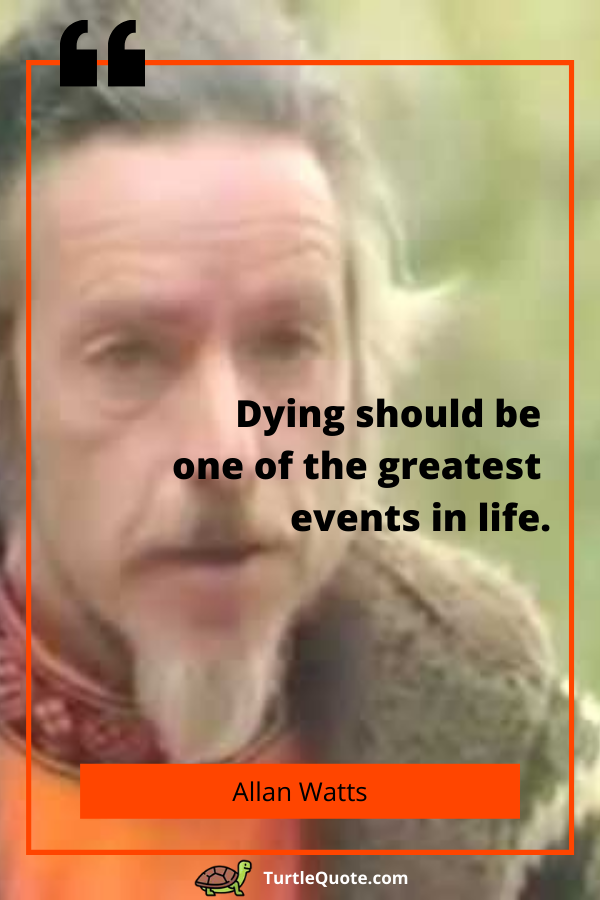 “Dying should be one of the greatest events in life.”

They say money is the root of all evil, but what did Alan Watts have to say about it? Find out below! 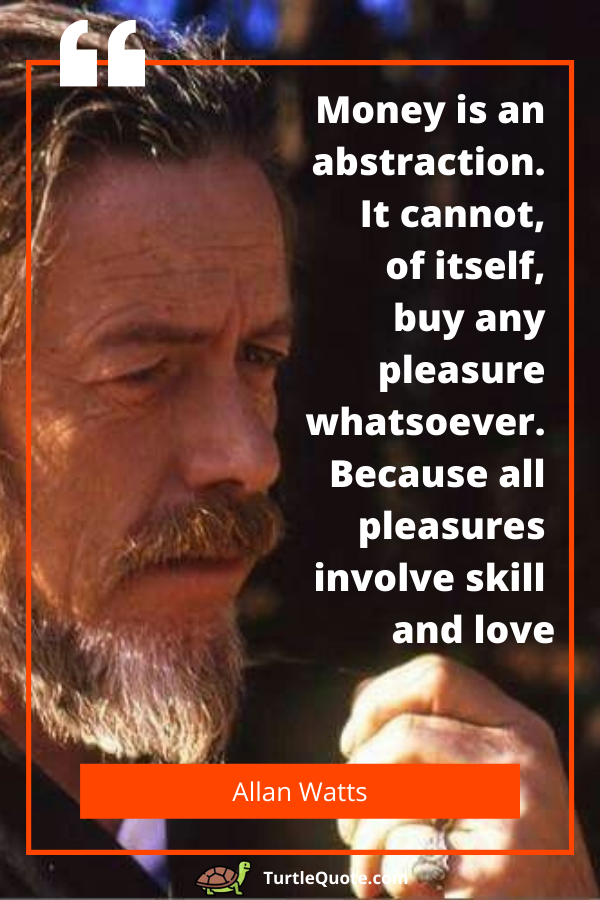 “Money is an abstraction. It cannot, of itself, buy any pleasure whatsoever. Because all pleasures involve skill and love.” 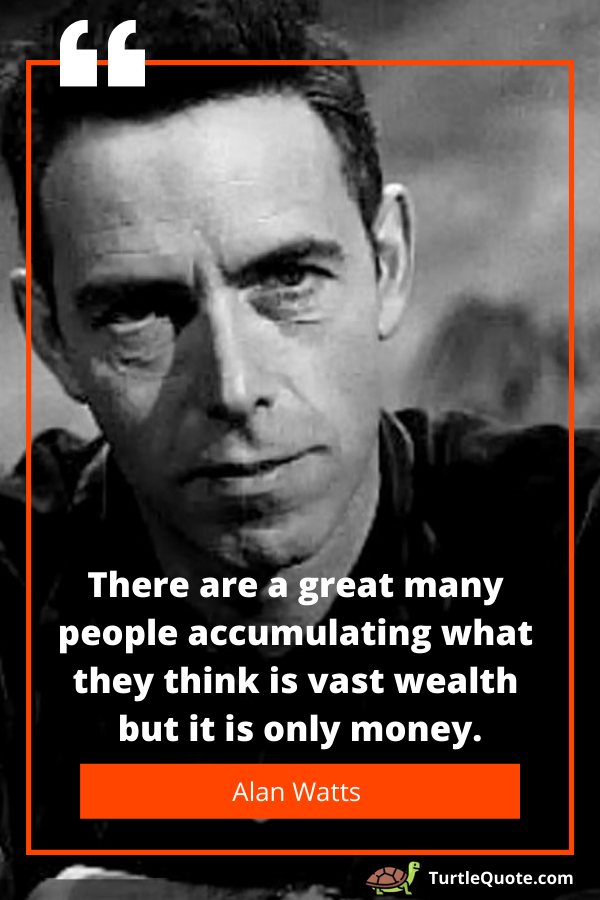 “There are a great many people accumulating what they think is vast wealth but it is only money.”

There’s no doubt that Alan Watts was one of the greatest writers, speakers and theologians to ever grace the face of the earth. If you enjoyed reading these Alan Watts quotes, Turtle Quote has more inspiring and enlightening quotes for you. Check out these Osho and Sadhguru quotes for further inspiration!