Kobe Bryant was one of the best basketball players of all time, having made history in the NBA and the Los Angeles Lakers. During his prime, he nicknamed himself “Black Mamba” to mimic the serpent’s speed and aggression while playing basketball. Kobe played his heart out for 20 seasons, taking home numerous awards before finally retiring in 2016. But even after retirement, Kobe continued to inspire millions of people around the world.

January 26, 2020, was one of the darkest days for the Basketball fraternity. Kobe, his daughter Gigi, and seven other victims lost their lives in a tragic helicopter crash in Calabasas, California. His death left many in shock, some only holding on to words of wisdom he constantly shared throughout his life and career. On that note, here are 50 best Kobe Bryant quotes about life and success from the 18-time NBA All-Star and five-time NBA champion. 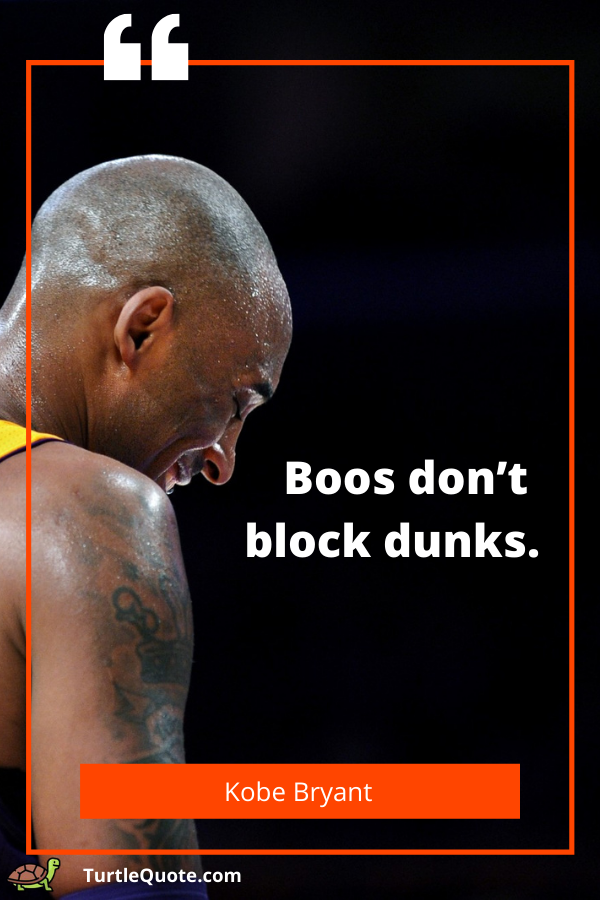 “Passion is the fuel for success.”

“If you don’t believe in yourself, no one will do it for you.”

Born on August 23, 1978, Kobe Bryant was 6 feet and 6 inches tall by the time of his death. His name derives from a type of steak from a cattle species originating from the Kobe region of Japan.

His father played in the Italian Professional Basketball League. As a result, Kobe, who also lived with his dad in Italy for eight years, spoke Italian.

While growing up in Italy, Kobe was more interested in soccer than basketball. He played several soccer matches with his friends in Italy, first as a goalkeeper and later on as a midfielder.

Kobe joined the NBA straight out of high school, holding the record of the Youngest Player in NBA history at that time. He was 18 years, two months, and 11 days old.

Also, in 1997, he became the youngest player ever to win the NBA Slam Dunk Contest. By the time of his retirement, he had won five NBA titles.

He comes 4th in the list of the highest-scoring NBA players in history. Lebron James comes first, followed by Michael Jordan and Kareen Abdul-Jabbar in that order.

Kobe played his entire professional career for the Los Angeles Lakers, from 1996 to 2016.

There’s no doubt that Kobe Bryant was one of the greatest athletes ever and a great individual altogether. Not even the horrific helicopter crash could erase his legacy as a fantastic friend, brother, dad, athlete, husband; you name it. Speaking of successful and influential people, you might also love reading these 50 Powerful & Life-Changing Will Smith Quotes!

One thought on “50 Best Kobe Bryant Quotes About Life & Success”