Ernesto Che Guevara is the popular face behind the Cuban Revolution of the 1950s. Although some of Che Guevara quotes leave many people divided today, his influence on capitalism, imperialism, and socialism remains undeterred. He rebelled against the military leadership of the Cuban dictator Fulgencio Batista. He, later on, became the guerilla leader of South America and a symbol of revolutionary action in the region.

Despite the controversies, Che Guevara’s quotes resonate with many revolutionists today. They revolve around being courageous and doing everything possible to impact change where needed. They are also a reminder that sometimes the change we need is not always easy to achieve. Here is a compilation of some of the best Che Guevara quotes to inspire you.

He was fluent in French and also spoke a little bit of English. However, Spanish was his main language. Here are some Che Guevara quotes in Spanish. 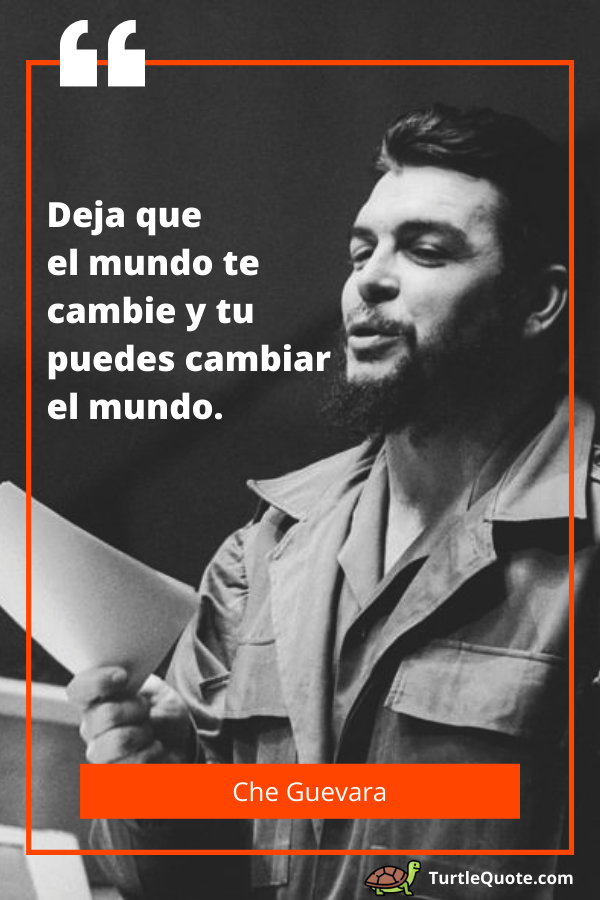 Was Che Guevara racist? He for sure had some controversial quotes on race.

Here are some of the most memorable Che Guevara quotes. 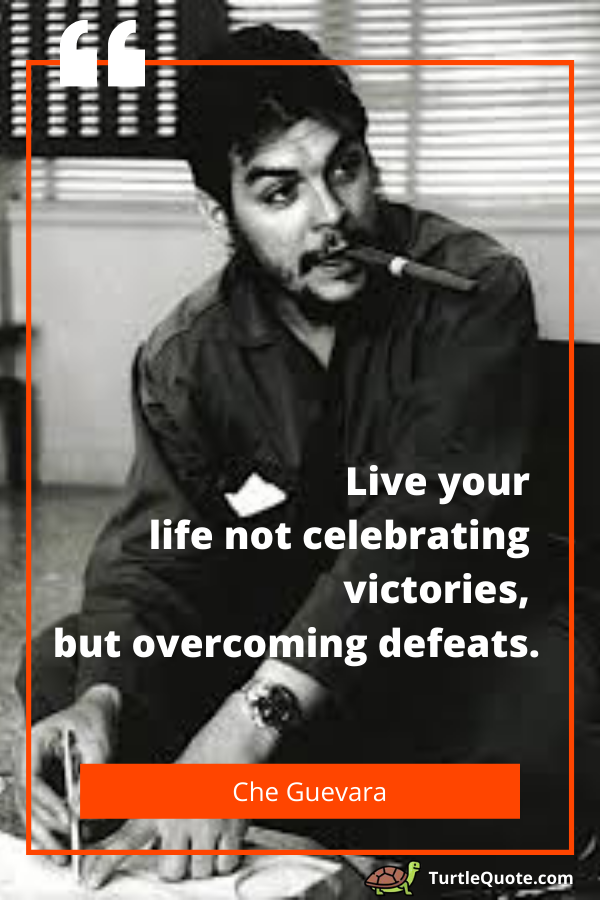 “Live your life not celebrating victories, but overcoming defeats.”

There’s no doubt that Che Guevara was a loving, revolutionary leader. Here are some of his most iconic quotes on love. 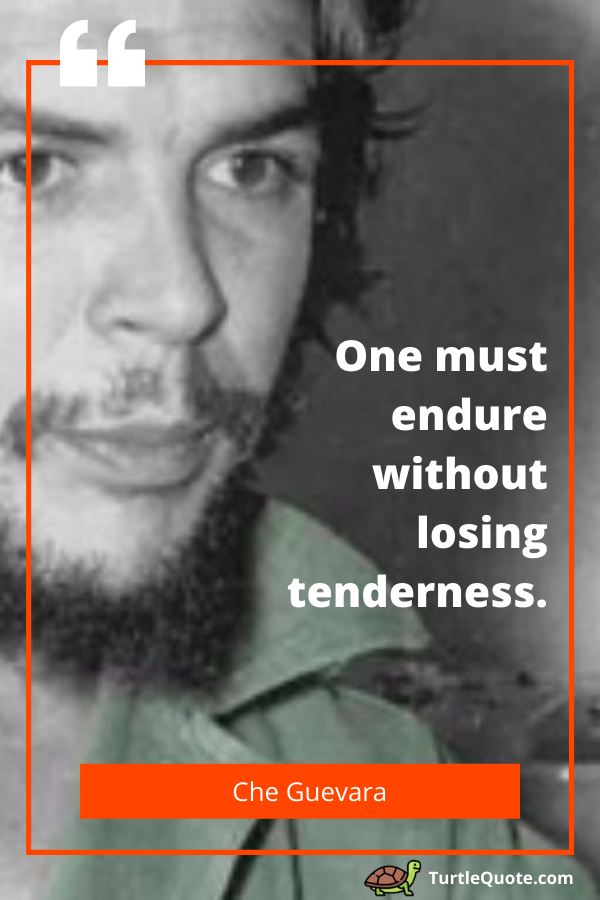 “One must endure without losing tenderness.” 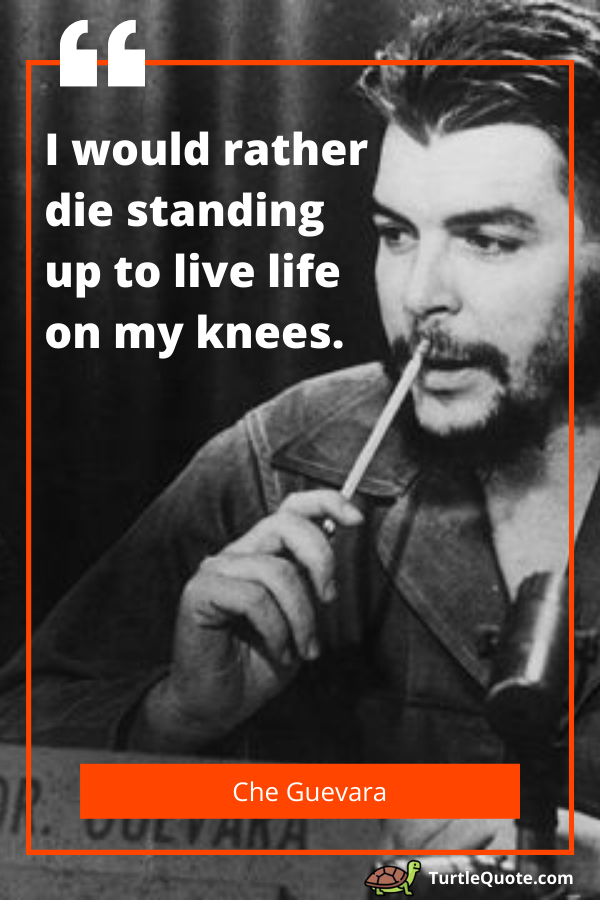 “I would rather die standing up to live life on my knees.”

There’s no doubt that Che was one of the most influential people in world politics. His legacy, although filled with controversy and diverse views, still lives on many years later. If you loved reading these Che Guevara quotes, you’d also love these  Malala Yousafzai quotes.

Che Guevara was not Cuban, as many people believe. He was born in Rosario, Argentina, and was a descendant of a half-Irish family.

His real name was Ernest Lynch. “Che” was his childhood Irish nickname meaning ‘buddy.’ He also earned himself a nickname while in school called “Chancho”, Spanish for pig.

Che trained as a medical doctor with a focus on leprosy. While practicing in South America in 1953, he was amazed at the poverty and oppression he witnessed during his medical research. These experiences compelled him to become a revolutionary doctor and an activist.

Soon after, Che became an influential revolutionist. Apart from Cuba, he also fought in revolutions in Congo and Bolivia. After the successful Cuban Revolution, Che was named the Finance Minister.

Che was executed by an ex-Bolivian army officer. His fingers were surgically removed and used for fingerprint identification in Buenos Aires. At the time of his death, he had five children.

There’s no doubt that Che was one of the most influential people in world politics. His legacy, although filled with controversy and diverse views, still lives on many years later. If you loved reading these Che Guevara quotes, you’d also love these  Malala Yousafzai quotes.

We Love Our Homes: The Best 70 Missing Home Quotes

Lonely? Check Out This List Of 50 Quotes To Remind “You Are Not Alone”