Forrest Gump is one of the classic blockbuster movies of all time. The slow-witted main character Forrest Gump, played by the legendary Tom Hanks, tells the story of a young man from Alabama who unknowingly impacts several defining events in American history during the 21st century. The film fetched the Academy Awards for best picture when it first premiered in theaters in 1994 and received 13 Oscar nominations, taking home six of them. But, most importantly, Forrest Gump won the hearts of many with the exemplary choice of phrases, some of which have since been applied in various aspects of life.

Although the movie based its storyline on the unwitty actions of the main character, the lessons learned are nothing short of thoughtful. A deeper understanding of some of the favorite quotes from the movie will teach you a thing or two beyond the comic aspects. On that note, here are our favorite classic Forrest Gump quotes on life and happiness. 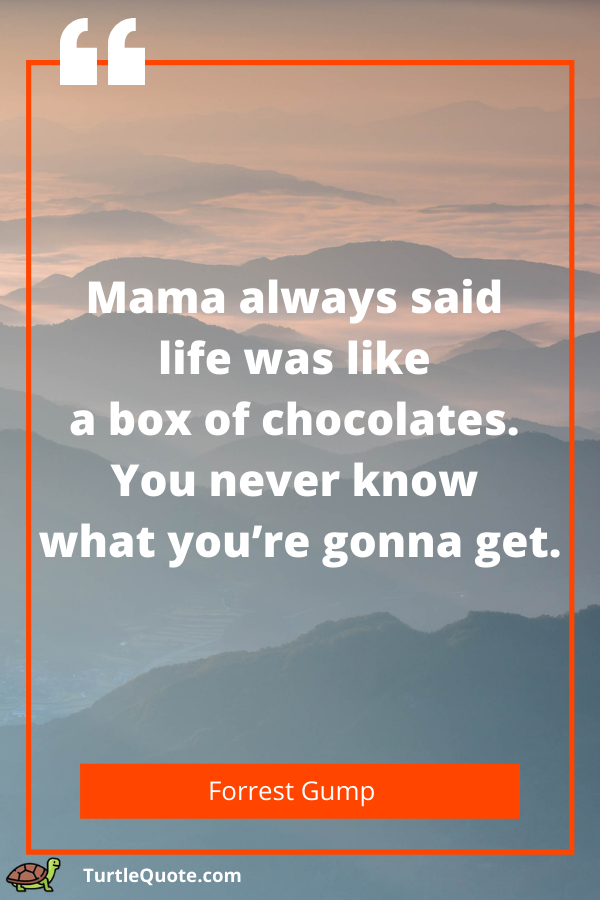 “Mama always said life was like a box of chocolates. You never know what you’re gonna get.” 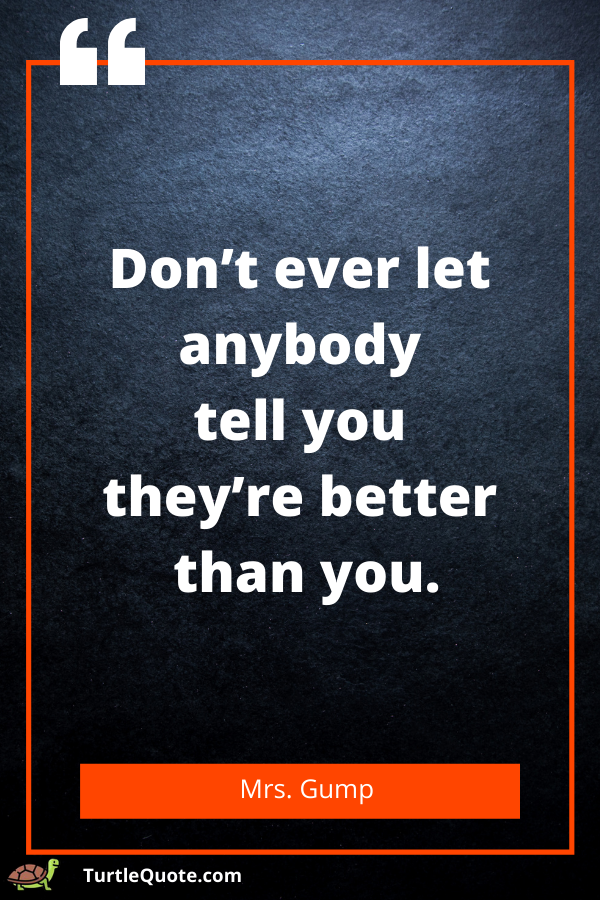 “Don’t ever let anybody tell you they’re better than you.” 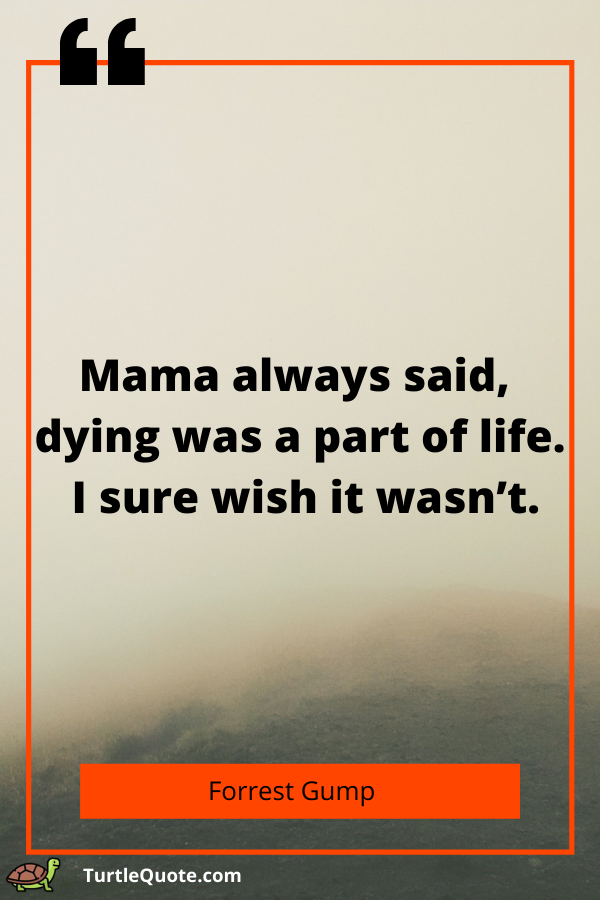 “Mama always said, dying was a part of life. I sure wish it wasn’t.” 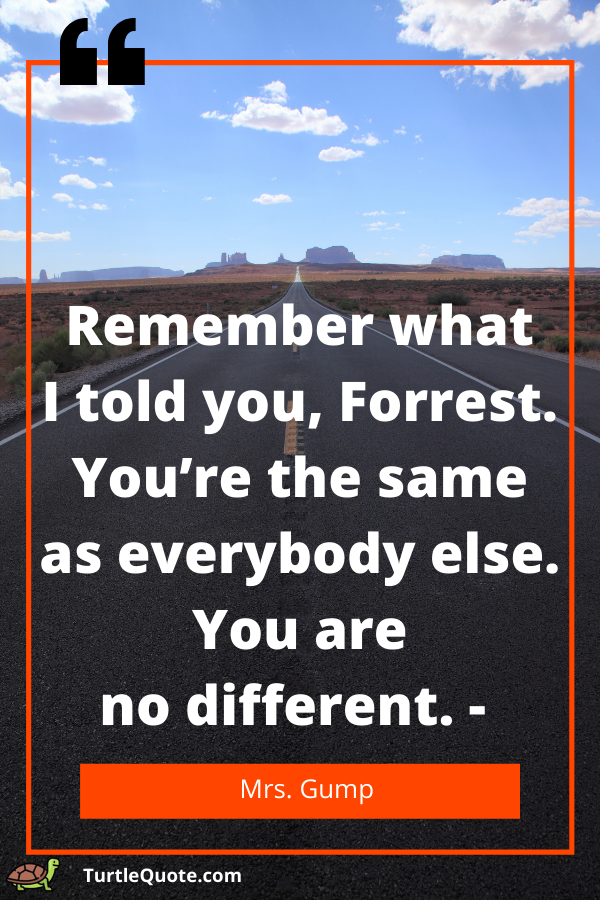 “Remember what I told you, Forrest. You’re the same as everybody else. You are no different.” 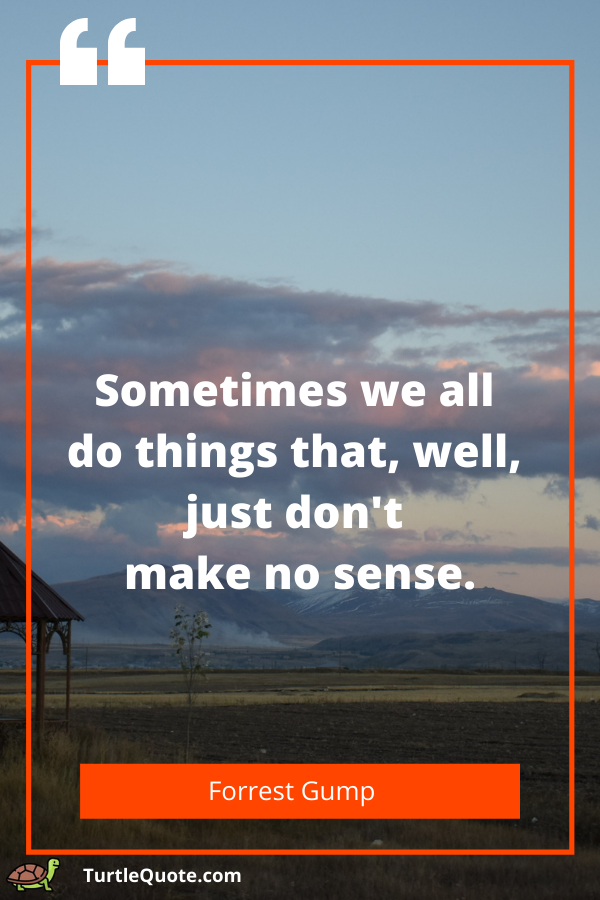 “Sometimes we all do things that, well, just don’t make no sense.”

Forrest Gump is widely considered one of the greatest movies of all time, and deservedly so.

If you love movie quotes, TurtleQuotes.com has some great compilations for you. We have quotes from Peaky Blinders, Dead Poets Society, Batman, and more!