Pope Francis’ global influence goes beyond his main role as the leader of the Roman Catholic Church and the Sovereign of the Vatican City. For this reason, we have compiled some of the most memorable and inspiring Pope Francis quotes, hoping you’ll learn few things about life. Some quotes by Pope Francis derive from Christian teachings, but most are practical examples of real-life situations.

After all, The Pope is well-known globally for speaking his mind. For instance, in a recent documentary titled ‘Francesco’, the Pope’s comments about civil unions and same-sex marriage sparked mixed reactions from all corners of the world. But that’s beyond the scope of this article. For now, let’s head over to some of the most memorable and inspiring Pope Francis quotes.

Pope Francis has always emphasized the importance of love for all humans regardless of their races, political affiliations, social status, etc. Here are some of the best Pope Franci quotes on love. 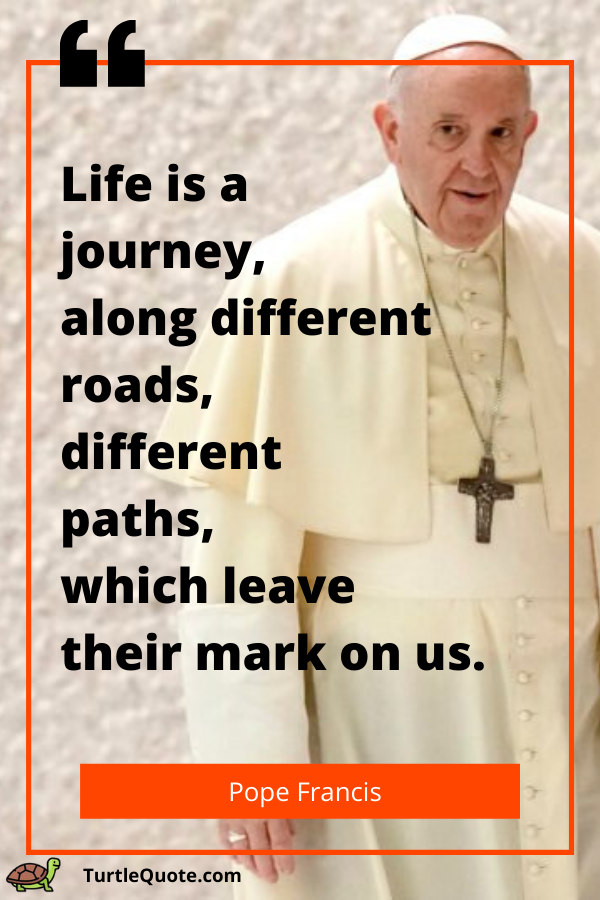 “Life is a journey. When we stop, things don’t go right.” 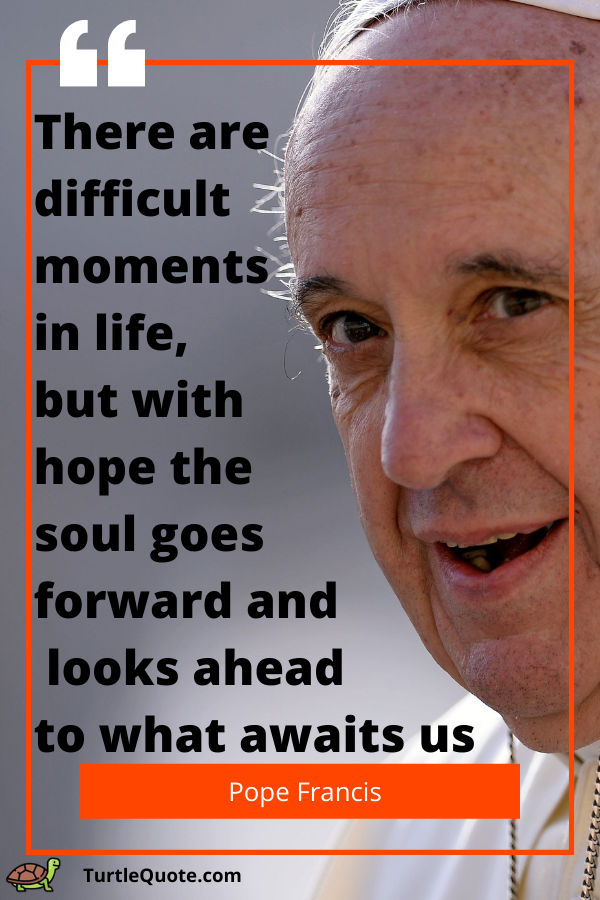 “There are difficult moments in life, but with hope the soul goes forward and looks ahead to what awaits us.”

Families hold society together, something Pope Francis knows all too well. Here are some of the best Pope Francis quotes on family to give you a new perspective. 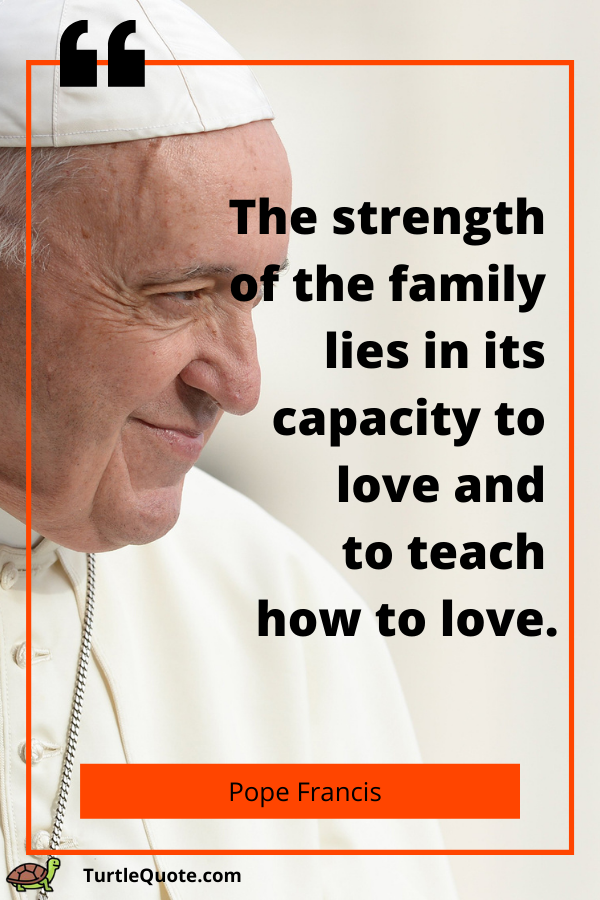 “The strength of the family lies in its capacity to love and to teach how to love.” 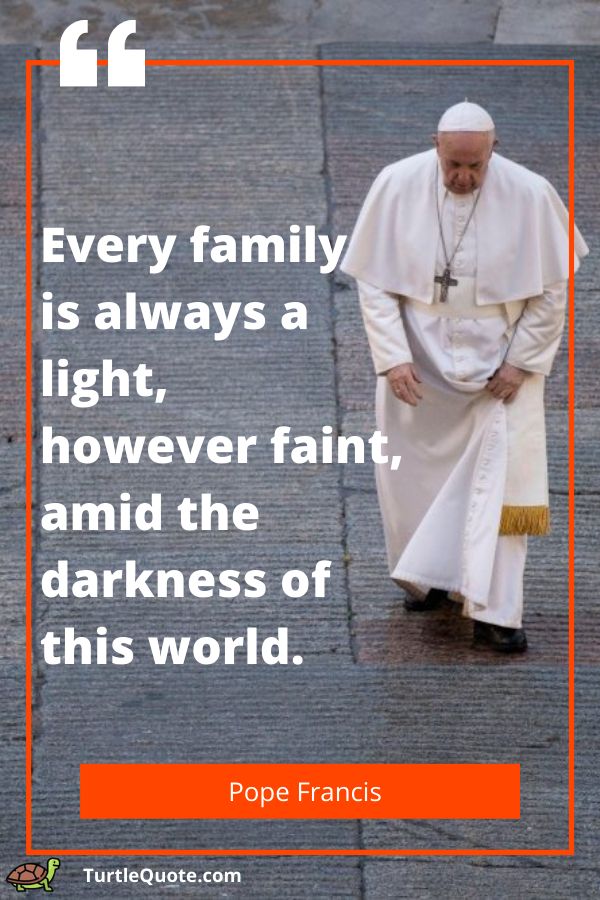 “Every family is always a light, however faint, amid the darkness of this world.”

Mercy is one of the greatest teachings of the Roman Catholic church, a message Pope Francis shares with the universe all the time. Here are some of the best Pope Francis quotes on mercy. 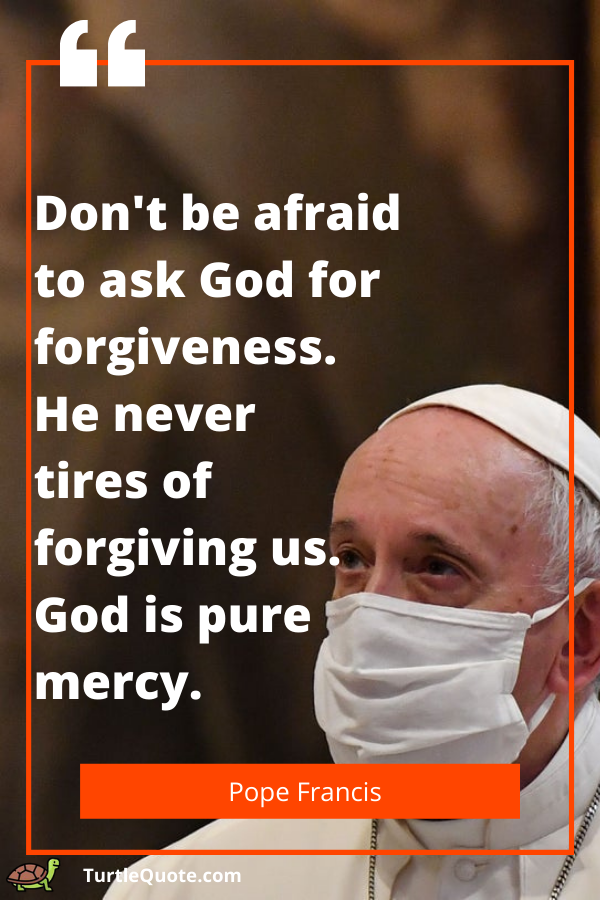 “Don’t be afraid to ask God for forgiveness. He never tires of forgiving us. God is pure mercy.” 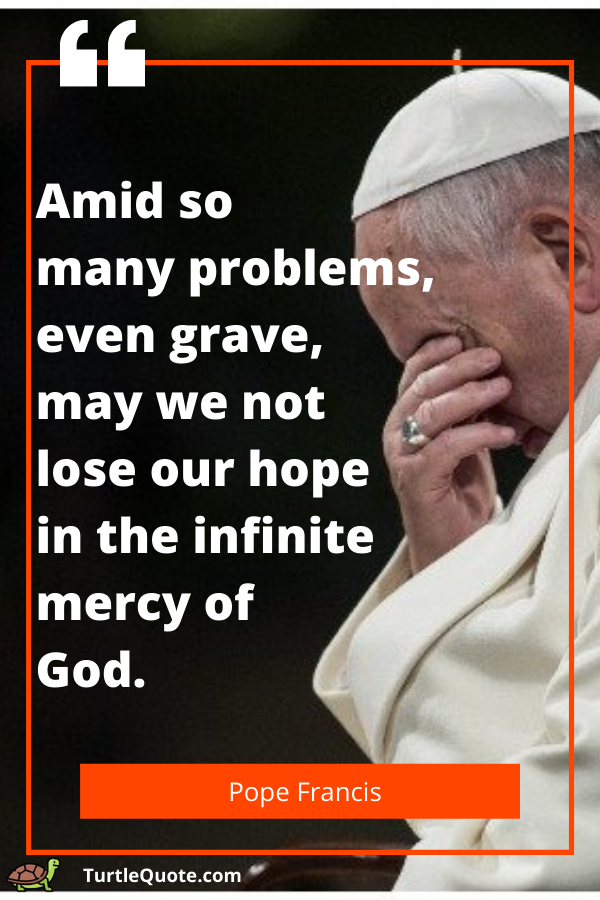 “Amid so many problems, even grave, may we not lose our hope in the infinite mercy of God.”

He is the first Latin American to become Pope in a position that European candidates previously dominated.

Pope Francis trained as a chemistry technician before joining the Diocesan Seminary of Villa Devoto and once studies literature and psychology at the Immaculate Conception College in Santa Fé.

Before he became Pope in 2013, Jorge Mario Bergoglio was almost elected into the position in 2005 after the death of Pope John Paul II.

Since his leadership as Pope, he is known for his modest lifestyle. Unlike his predecessors, Pope Francis lives in a two-room apartment, breaking a century-old tradition of lavish apartments for popes. Also, the Pope wears a gold-plated silver ring for papal ceremonies instead of the traditional pure gold ring.

Pope Francis only has one lung – he lost his other lung to a severe infection during his teenage years. The infected lung had to be removed to save his life.

He is one jovial and social Pope who is known to mingle with people from all walks of life. A story is told of the night after his election when he apparently sneaked out of the Vatican City in an unmarked motorcade to pray at the Roman Basilica. It is rumored that he dislikes the bulletproof vehicle assigned to him and is often seen taking selfies with people in public.

If you liked these Pope Francis quotes, you would also love reading Sadhguru’s inspirational quotes on life brought to you by Turtle Quotes.