“Fight Club Wallpaper“, by Jessica Pereira, licensed under CC BY 2.0

Fight Club is a cult classic film recreated from Chuck Palahnuik’s 1996 novel Fight Club. It’s an interesting story of an unnamed protagonist suffering from insomnia. He’s also unhappy at his job and tries to put his life together by attending support groups while pretending to be a patient suffering from various diseases. However, he is not the only impersonator in the support groups. He encounters Marla (Helena Bonham Carter), with whom he has an affair and a mysterious man, Tyler (Brad Pitt), with whom he partners to open a fight club.

The interesting plot twists involve selfish rules and agreements set by the trio regarding how they should live their lives. However, hidden agendas and falsehood lie beneath the agreements, instigating rivalry for love and fight for power. Overall, the plot depicts life’s unexpected twists and turns and how different people approach such challenges. These Fight Club quotes are a constant reminder of the most memorable and badass moments portrayed by the action-packed film. 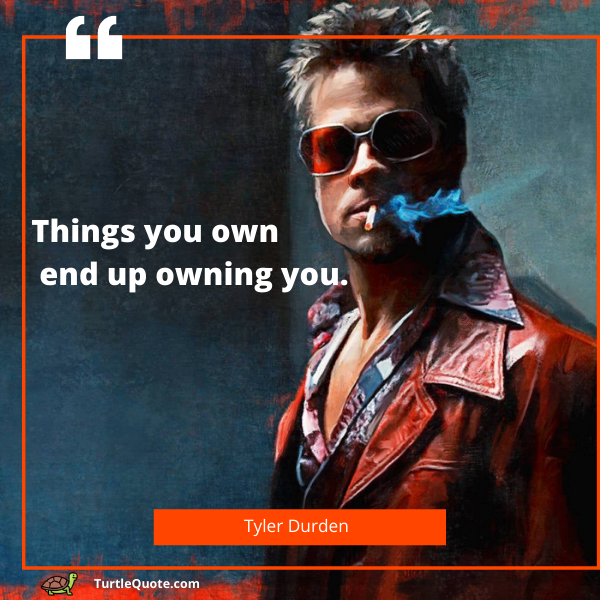 “Things you own end up owning you.” –Tyler Durden 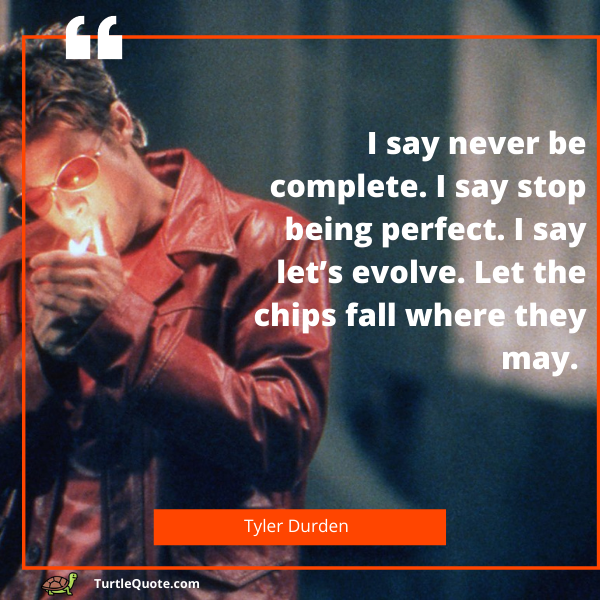 “I say never be complete. I say stop being perfect. I say let’s evolve. Let the chips fall where they may.” 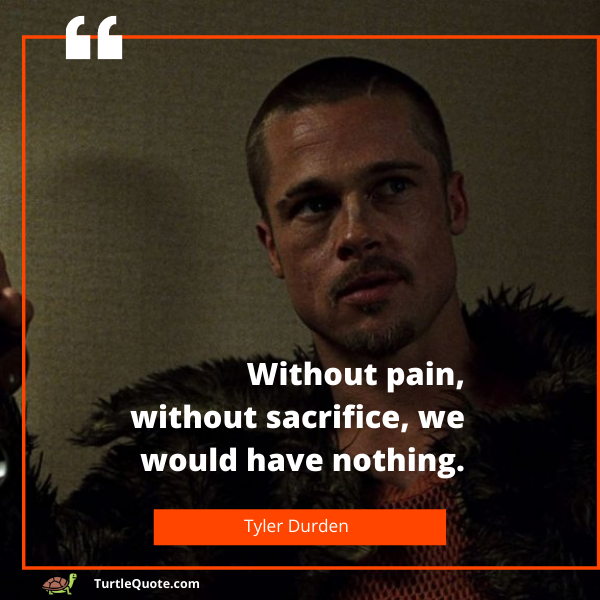 “Without pain, without sacrifice, we would have nothing.” 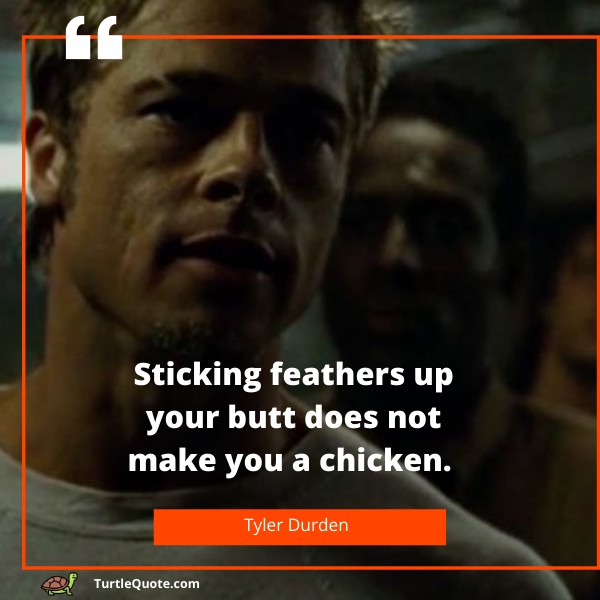 “Sticking feathers up your butt does not make you a chicken.” 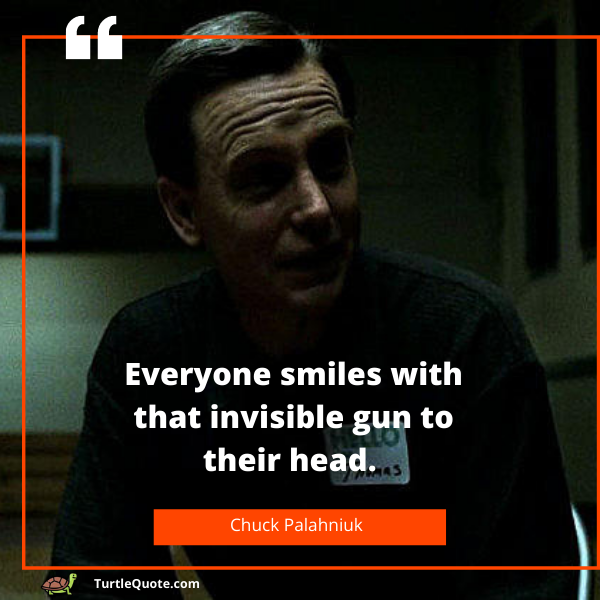 “Everyone smiles with that invisible gun to their head.”

These quotes from Fight Club aside, Turtle Quote has a vast collection of movie quotes you’ll enjoy reading.

For example, these Pulp Fiction quotes will help you become a better person. You can also read these Forrest Gump quotes, one of the best movies of all time.

Did we miss any of your favorite Fight Club movie quotes? Let us know in the comment section below!